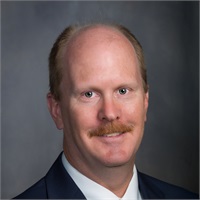 Born and raised north of Detroit, MI, Tom graduated from Western Michigan University in 1991 with a degree in production operations management. After graduation, and with an interest in international business (as well as a heart for adventure), Tom packed a suitcase and headed for Tokyo, Japan, where he spent the next four years working in the export department of Tajima Tool Corporation. He established Tajima USA in 1995 and sold it to the Japanese parent company in 1999. Since that time, he has owned and operated several small businesses.

In 2000, Tom moved to Virginia and began working in the securities industry in 2005. During the great financial crisis of 2008-2009, Tom was able to assist many families during this difficult period of financial uncertainty. In 2009, he began working with large group plans with a particular focus on the healthcare industry, specializing in the management of retirement assets inside employer sponsored 403b plans. He has developed a knowledge of all the large Hampton Roads healthcare provider retirement plans and has helped hundreds of nurses and doctors to successfully pursue their financial/retirement goals.

Having achieved independent agent status in 2014 when he joined Securities America, Tom says “being completely independent allows me to focus entirely on the client’s goals, needs and objectives, without interference from any big company agenda.” Currently Tom is the CEO of Teagle Financial, where he serves individuals, families and small businesses in the pursuit of their individual financial goals.

Tom is a resident of Newport News and has one son. They attend first Baptist church of Newport News where Tom volunteers in the children’s ministry. In his free time, he enjoys racing sailboats and has been on the crew of Voodoo2 out of Hampton yacht club for the past 13 seasons.